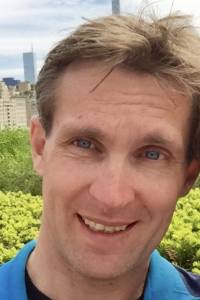 Lachlan Soper is a General Practitioner based in Sydney, Australia. He graduated from medicine in 2000 and attained his FRACGP (Fellowship of the Royal Australian College of General Practitioners) in 2006. Lachlan has worked in general practice since 2004. He began working in Muswellbrook, then shifted to Dee Why, then North Sydney and, finally, back to Muswellbrook, where he was a partner at the Brook Medical Centre until mid-2017.

To this day, Lachlan continues to work in Muswellbrook as a VMO in emergency medicine, general medicine and paediatrics (sole doctor in hospital) approximately six weekends each year (where he has been working since the start of 2004). In 2011, Lachlan started his own surgery in St Ives, which he ran whilst being a partner in the Brook Medical Centre.

As a parent of three beautiful, small children, Lachlan Soper enjoys the full spectrum of general practice from newborns, through their parents, to those in their more senior years. He believes the true reward in general practice lies in the unique opportunity it affords you for continuity of care throughout many generations and over many years, as what patients would refer to as “my family GP”.

Lachlan has a special interest in minor operations such as skin cancer excisions, repairing skin lacerations, removal of foreign bodies, Implanon contraceptive insertion etc. He particularly enjoys the mix that he has in sub-acute, chronic and family care at the local surgery, combined with his rural hospital work which keeps his skills sharp at the pointy end of medicine.

Lachlan Soper has done volunteer work with CMS in Korogocho and Kibera slums in Nairobi assisting with the development and provision of primary care services for those who cannot afford it. He continues to support the training of pastors who work in these slums with the urban poor.

On a personal level, Lachlan spent seventeen years leading and directing youth camps during his personal holidays (through organisations such as Crusader Union, CMS, YouthWorks & SUFM). Throughout his career, he has intermittently given talks and seminars in local high schools on various aspects of adolescent health. In his free time, he regularly participates & competes in many sports and games, including cycling, touch football and tennis.

To learn more about Lachlan Soper and his insight into medicine, be sure to check out his blog or follow him on social media!